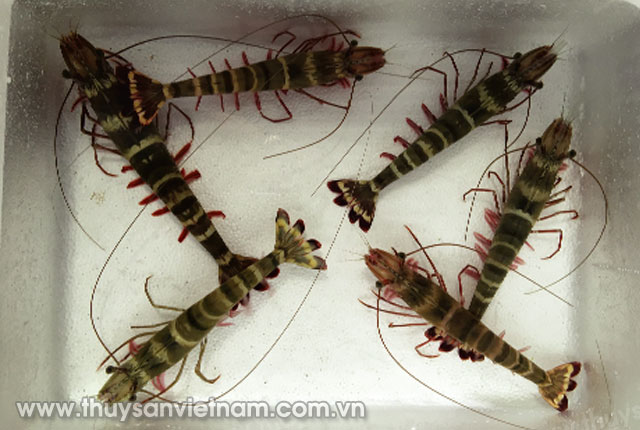 Only worry about the top
According to statistics, over 90% of broodstock shrimps are imported, especially for white leg shrimp production; With black tiger shrimp, the source of broodstock is also increasingly scarce due to overfishing. Only a very few businesses invest in domesticating broodstock. Due to not actively sourcing shrimp, many people think that shrimp hatcheries have “exploited too much broodstock”, making the quality of shrimp larvae worse later on.
For floating shrimp seed, according to Mr. Duong Hung, Director of Duong Hung Aquaculture Seed Co., Ltd., it is difficult to determine the quality, floating shrimp are sold at 15-20% cheaper than other companies, but The quality of the broodstock is not clear. According to engineer Vo Dong Duc, an expert in the breeding industry: “In the past, people thought that the country’s first, second, third, and fourth varieties were considered, but according to modern conceptions, the seed must be placed first. , because if the seed is of poor quality, good care will not improve the yield”.
According to the regulations, the domestication and use of broodstock in shrimp is allowed to take place within 4 months; However, due to a lack of seed, to reduce costs, small hatcheries still use broodstock for a very long time. Mr. Duong Hung shared: “While we produce shrimp seed very strictly according to the state process, the price must be higher, of course, farms of unknown origin sell cheap shrimp seeds everywhere, with high quality. The quality was very poor, causing us to have a lot of hard times.” It is no coincidence that most of the high-yield shrimp farms today use good seeds from reputable factories and hatcheries. Some shrimp farmers in Dong Nai said that after using good shrimp seed, their successful shrimp farming rate increased to 100% compared to before.
Controlling imported and domesticated varieties
Visiting a shrimp hatchery of C.P. Company. Vietnam in Ba Ria – Vung Tau, using the source of shrimp seed developed by Thailand itself. Thai experts said: “We have domesticated shrimp broodstock for nearly 20 years, all with clear backgrounds. The management of this brood stock is very strict and scientific. Because shrimp do not live in the wild but are domesticated, they are cared for very specifically, have their own food, use their own drinking water, and live in a completely disease-free environment.” Some experts also said that the reason Thai shrimp hatchery companies still supply broodstock shrimp is because Thailand has not yet controlled the disease and the farming is still limited. If farming recovers, and broodstock is used a lot in Thailand, the supply to other countries, including Vietnam, will be in short supply.
In order to control the import of broodstock for shrimp seed production, the Directorate of Fisheries has fully updated and publicized the information on the website of the Directorate of Fisheries, as a measure for people to trust the source. shrimp like parents. Along with that, localities and businesses also raise awareness and manage this issue more closely.
Many scientists believe that domestication and development of broodstock shrimp stocks in Vietnam is a long-term problem, which may take up to 15-20 years. Therefore, the import of shrimp seed is inevitable; but businesses, institutes and centers also need to build a source of broodstock to reduce the cost of seed production; at the same time actively source shrimp broodstock to help improve production efficiency for farmers.
Thủy sản Việt Nam 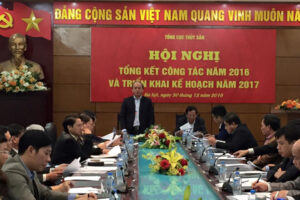 The first seminar with the theme “Science and technology for high-tech shrimp farming” was chaired by Dr. Tran Dinh Luan, Deputy Director of the General Department of Fisheries, and Dr. Pham Anh Tuan, Head of the VietShrimp Scientific Committee 2018. The second workshop with the... 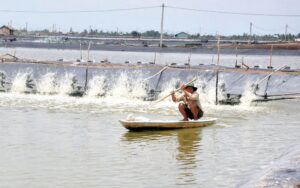 Early start In the coastal area of ​​Vinh Chau, there are many intensive and semi-intensive shrimp ponds with the largest area in the region. Currently, white leg shrimp (TCT) has entered the stocking season. According to Soc Trang Fisheries Sub-Department, the time schedule for... 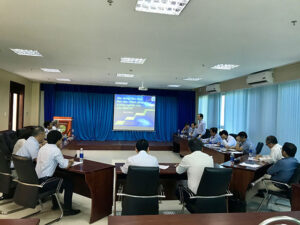 Ensuring sustainable aquaculture production is a key challenge for global seafood food safety and security. Aquaculture production must expand meaningfully over the next decade to satisfy the growing market demand for fishery products. Europe imports nearly 70% of aquatic products for consumption; which mainly...

16 outstanding events of the seafood industry in 2016

Looking back at 2016, the Editorial Board would like to present 16 most prominent events of the industry. 1. Formosa environmental pollution incident affecting production and export: In early April 2016, along a strip of the central coast 200km, sea fish died en masse. The...